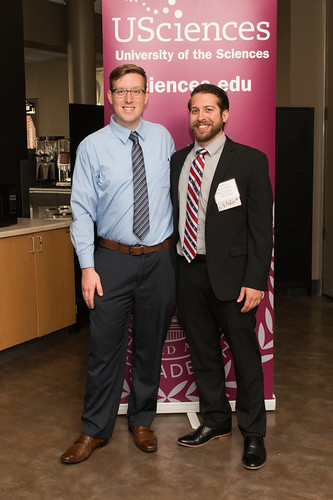 University of the Sciences honors the class of 2019 with awards and prizes based on academic excellence, research, leadership qualities, and community involvement.   The 2019 award reception was an opportunity to celebrate the achievements of our graduates.

On the morning of USciences 198th Commencement Ceremony on May 22, 2019, the graduates were joined by their families and proud supporters of the university, including our generous donors and supporters from Mylan Pharmaceuticals, Johnson & Johnson, Pennsylvania Pharmacists Association, and Merck.

Thank you to everyone who made commencement a special day for our graduates! Interested in supporting a commencement award? Please contact Colleen Chase, donor relations coordinator at CChase@USciences.edu to learn how you can help!