Please ignore this javascript. This is for analytics tracking. Alumni Return to Campus for Reunion Weekend @ Fall Fest | University of the Sciences | Philadelphia, PA 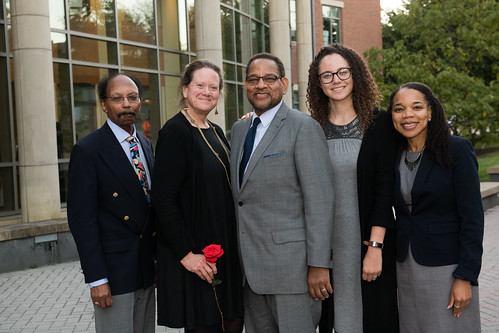 Hundreds of University of the Sciences alumni spanning a variety decades and majors returned reconnected with fellow graduates at Alumni Reunion @ Fall Fest on October 12 and 13, 2018.

The weekend began with a Fall Alumni Happy Hour on Friday evening as returning alumni were welcomed at Dock Street Cannery and Tasting Room. The main event was on campus on Saturday. The day began with campus tours for those who hadn’t been back in some while to see how the campus has expanded and changed in recent years. Alumni then attended a Town Hall meeting with President Paul Katz, MD.

The family of first-year students started the day with the final session of our Parent Connection Series, a guide to being the parent of a new college student including what to expect, what changes to anticipate, and what questions to ask. Parents also attended Dr. Katz’ Town Hall for updates about news on campus. 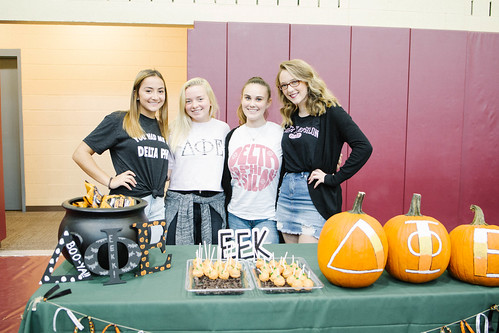 Members of the class of 1968 were honored with Golden Graduates, marking 50 years since their graduation. Celebrating with them were representatives from the classes of 1967 and 1969. Dr. Katz recognized Col. S. Rogers Wetherill, III, P'68, MS, who passed away in 2017 by presenting a golden graduate to his son, Sam Wetherill IV P'97. Also during the afternoon, the University hosted an alumni Biergarten dubbed “Gathering of the Greeks“ to celebrate alumni involved in greek life on campus, although all alumni were invited to attend.

Alumni and families were also welcomed to explore the various activities hosted by student groups at our Family Fall Fest Student Fair. Activities included pumpkin painting, a photo booth, petting zoo, and an array of fun science experiments. Following the fair, the Pilipino Cultural Association hosted an arts festival to showcase student talent in the arts, dance, and more.

The Annual Alumnus Award, given to an alumnus who has been distinguished by having contributed in outstanding fashion to their profession, to science and/or to mankind, was presented to Linda Park D’Andrea TX’85. D’Andrea was recognized for her long-standing career as a leader in the field of orthopedic surgery. Her work and research in the field have developed new techniques for scoliosis correction surgery, and in her private practice, she sees pediatric and adult patients with all types of spinal disorders. D’Andrea’s compassion and skills have earned her the title of Top Regional Doctor by US News.

The Ivor Griffith Service Award, given to an alumnus who has given their time and service in an outstanding fashion, was presented to Neil Pitts P’73, PharmD‘04 to recognize his illustrious career as an outstanding volunteer with the Alumni Association. A stalwart chair of the reunion committee, he is also celebrating his 45th reunion this year. When not volunteering for alumni functions, Dr. Pitts also leads groups of USciences student volunteers on his frequent travels to Kenya to deliver pharmaceutical care to communities in need.

The Young Alumnus Award, given to an alumnus who is less than 40 years old, was presented to Nicholas Leon PharmD’05 to recognize his work as a mentor and associate professor of pharmacy practice within the Jefferson College of Pharmacy at Thomas Jefferson University in Philadelphia. Dr. Leon is the immediate past-president of the Pennsylvania Pharmacists Association (PPA) and continues to serve as the chairman of the board of directors for the Pennsylvania Pharmacy Care Network, the second largest community pharmacy enhanced services network in the country. Since 2008, Dr. Leon has volunteered to serve as a clinical pharmacist for Global Medical Brigades in Tegucigalpa, Honduras six times.

The Honorary Alumnus Award, bestowed upon a non-alumnus who has shown exemplary dedication and commitment to the mission of the University, was presented to Joe E. Smith, former director of pharmacy service at Thomas Jefferson University Hospital. This award recognizes his leadership in hospital pharmacy and pharmacy education. Under his tutelage, Dr. Smith made Jefferson’s pharmacy department a foundational block in pharmacy education at the Philadelphia College of Pharmacy and he was the first clinical professor of pharmacy practice at the PCP.